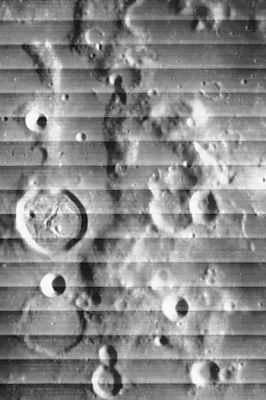 (IAU Directions) THE PYRENEES.--on the eastern side of the Mare Nectaris, extend in a meridional direction for nearly 190 miles, and include a peak west of Guttemberg of nearly 12,000 feet, and are traversed in many places by fine valleys.