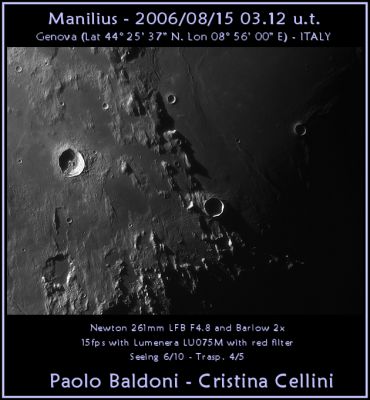 Paolo Baldoni Montes Haemus is the band of peaks running diagonally through the middle of this image. It separates Mare Vaporum (on the left) from Mare Serenitatis (in shadows on the upper right, with parts of the rim of 15-km diameter crater Bessel lit by sunlight). The bright 38-km crater on the left is Manilius, and the deeply shadowed 26-km one at the foot of Montes Haemus is Menelaus. The old 46-km crater, below Manilius, in the lower left is Boscovich.