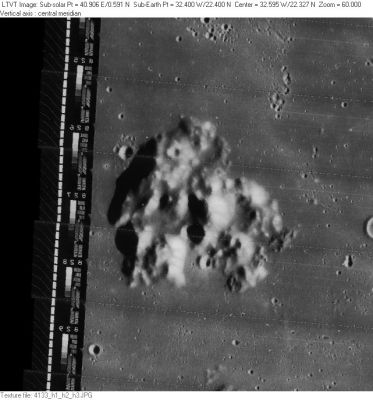 LO-IV-133H Mons Vinogradov is the hilly region in the center. The band of information on the left is the framelet numbers and calibration data of the Lunar Orbiter imaging system.