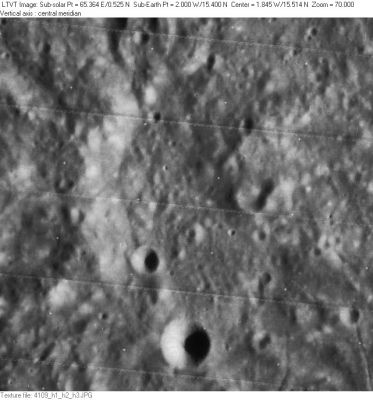 LO-IV-109H Marco Polo is in the center with only the sunlit west rim being clear. At the bottom is 7-km diameter Marco Polo A.

(IAU Directions) MARCO POLO.--A small and very irregularly-shaped enclosure (difficult to see satisfactorily) on the S. flank of the Apennines. It is hemmed in on every side by mountains.