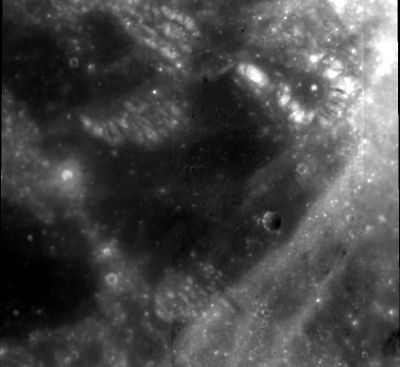 Clementine
Lacus Hiemalis (centre) and Daubrée at its northeastern border, an incomplete crater which looks like some sort of "bright broken ring" during high solar illumination.- DannyCaes Aug 9, 2013

Lacus Hiemalis is probably one of the most unknown (or less known) officially named low-albedo regions on the moons surface. Thanks to crater Daubrée at its northeastern border (and the curious "bright broken ring" appearance of it during high solar illumination) this lunar lake is quite easily detectable through all sorts of telescopes.- DannyCaes Aug 9, 2013