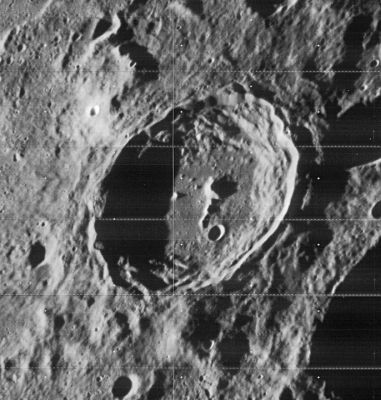 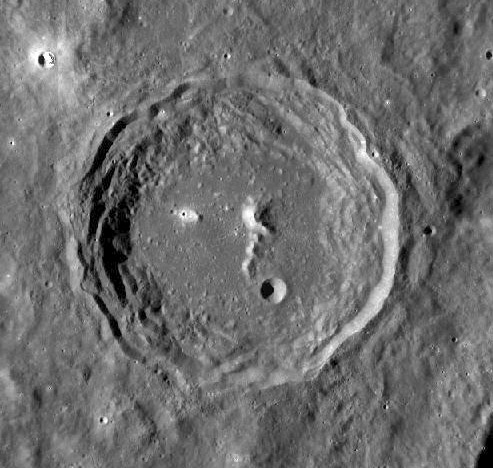 La Pérouse is one of a relatively large number of limb craters that are not often observed and hence often require a map to identify. La Pérouse is limbward of Langrenus in a seldom observed area. At 77 km in diameter it is typical complex crater with terraces, central peak and relatively flat foor. La Pérouse is a fairly fresh crater - although it does have a later impact on its floor - but the Clementine high Sun view shows it has no ray system and thus is probably more than a billion years old. There are slumped terraces and a significant scarp at the top of the eastern wall. This is probably another steep place on the Moon. (Modified from Oct 11, 2006 LPOD.)- tychocrater Jun 28, 2007

(IAU Directions) LA PEYROUSE.--A much foreshortened walled-plain, 41 miles in diameter, close to the limb, S.E. of Langrenus. There is a longitudinal ridge on the floor. Between it and Langrenus are two large ring-plains with central mountains, and on the N.W., La Peyrouse A, a bright crater, adjoining which is La Peyrouse DELTA, one of the most brilliant spots on the moon.