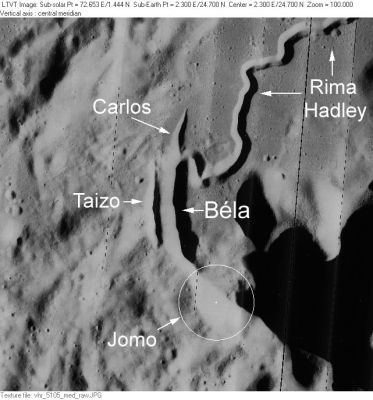 LO-V-105M Jomo is one of several pits at the southeast end of Rima Hadley, the other IAU-named ones being Béla, Carlos and Taizo. The white circle in this image represents the IAU position and diameter of Jomo, but the lighting makes it much harder to see than the others. For a clearer representation of Jomo see the Apollo Topophotomap or the LRO ACT-REACT Quickmap.