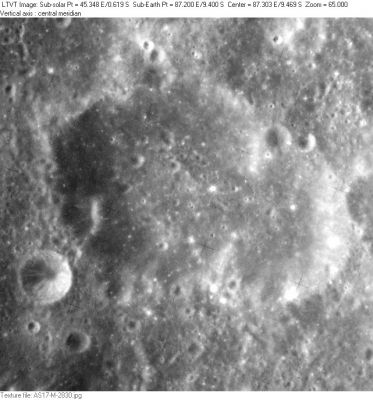 AS17-M-2830 The LTO labels Houtermans as the entire elongated shape in he center of this relatively high Sun Apollo view; however the IAU position and diameter quoted above appears to refer to the larger western part only. The fresh circular crater in the lower left is not named.