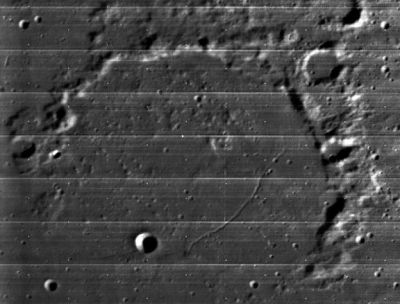 (IAU Directions) GARTNER.--A very large walled-plain with a low incomplete border on the W., but defined on the E. by a lofty wall. Schmidt shows a curved crater- row on the E. side of the floor.

A Rille, No Rim and a Rain of Ejecta