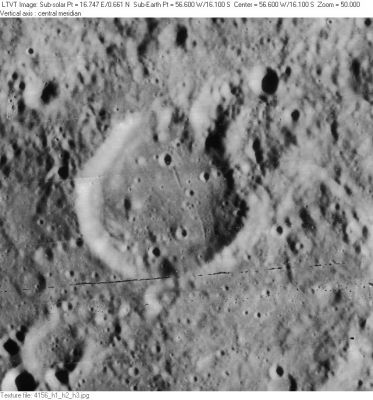 (IAU Directions) FONTANA.--A noteworthy ring-plain, about 20 miles in diameter, W.N.W. of Zupus, with a bright border, exhibiting a narrow gap on the S. and two large contiguous craters on the N.E. The faint central mountain stands on a dusky interior. On the N. is a large peculiar depressed plain with a gently sloping wall, within which are three short rill-like valleys and a crater.

Note: these two articles are from the days when the so-called moon of Venus ("Neith") was a hot topic in the astronomical world.