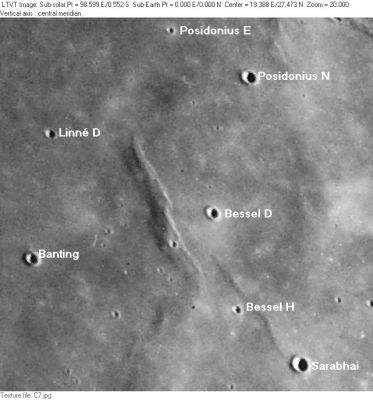 Consolidated Lunar Atlas; Plate C7 Dorsum Azara is the ridge to the west of Bessel D, running roughly from Bessel H to Linné D. More specifically, the feature provisionally named on LTO-42A3 was the segment of thin sunlit ridge just east of the small crater at 8 o'clock from Bessel D in this Earth-based view of the central floor of Mare Serenitatis.