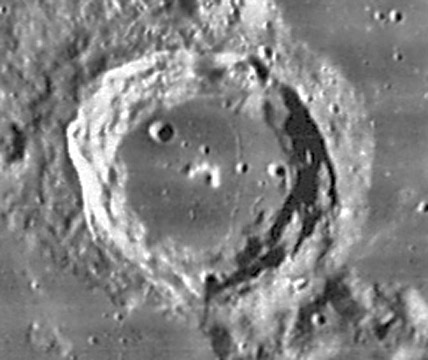 LO-IV-131-h3
Note the rille on the eastern part of the floor of Campanus.

(IAU Directions) CAMPANUS.--A ring-plain, 30 miles in diameter, on the rocky barrier, extending in nearly a straight line from Hippalus to Cichus. Its terraced walls, which rise on the W. more than 6,000 feet above the floor, are broken on the S. by a narrow valley, and on the W. by a small crater. A small central mountain is apparently the only object on a very dark interior.