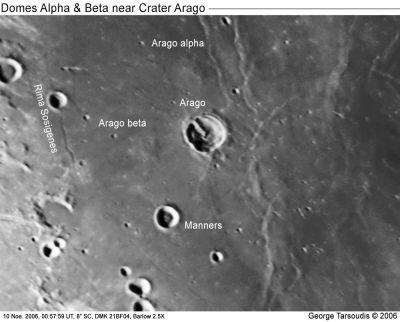 (IAU Directions) There are two curious circular protuberances on the Mare W. of Arago, which are well seen when the E. longitude of the morning terminator is about 19 deg., and a long cleft, passing about midway between them, and extending from the foot of the W. wall to a small crater on the edge of the Mare near Sosigenes.

Something for everyone
Edgy
May Day Dome
Domical Profiles