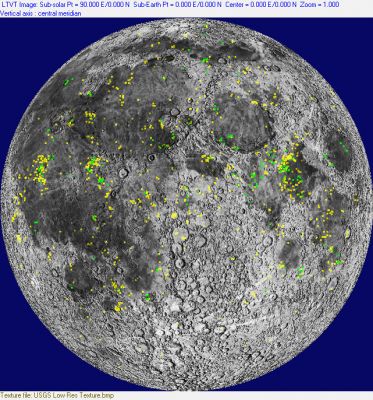 (according to the GLR list, these Greek-lettered peaks are closely related, or identical, to features in that list)
Cauchy Omega
Cauchy Tau
Herodotus Omega
Hortensius Sigma
Kies Pi
Milichius Pi
(there are presumably many more of these, including some corresponding to features in the GLR list, but they are not mentioned there)