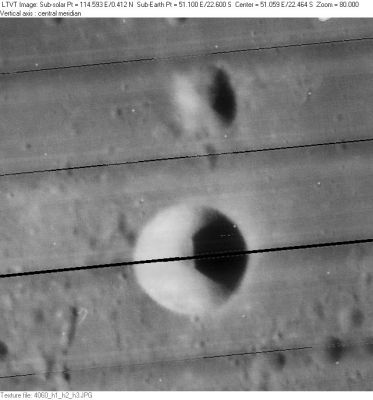 LO-IV-160H Biot is at the bottom. The 8-km diameter crater above it is Biot C.

(IAU Directions) BIOT.--A brilliant little ring-plain, scarcely more than 7 miles in diameter, standing in an isolated position in the Mare Fecunditatis N.W. of Wrottesley. There is a number of bright streaks in its neighbourhood; and a few miles W. of it, in the hilly region E. of Santbech, another conspicuous crater of about the same size.