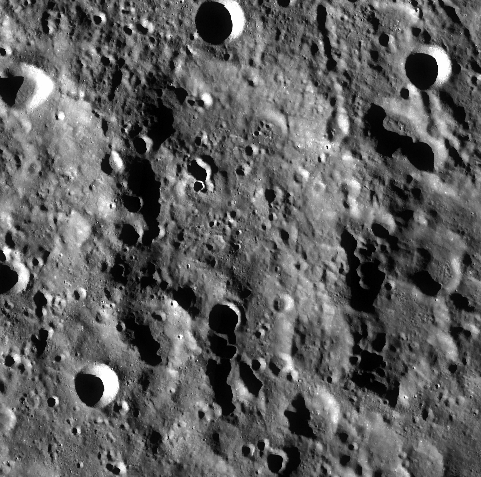 Image source: LRO WAC
There seems to be (what looks like) a long chain of depressions at the eastern part of Yablochkov's rim.

Pavel Nikolayevich Yablochkov ((September 14, 1847 – March 31, 1894) was a Russian electrical engineer, the inventor of the Yablochkov candle (a type of electric carbon arc lamp) and businessman.