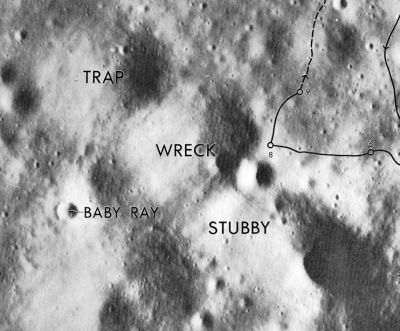 LPOD Photo Gallery Lunar Orbiter Images Apollo Images Are there really no surface photographs of this crater? Apollo 16's Station 8 seems to have been very near the eastern part of its rim. I have to take a look in David M. Harland's EXPLORING THE MOON, or in Eric M. Jones's online APOLLO LUNAR SURFACE JOURNAL. - DannyCaes Oct 31, 2016