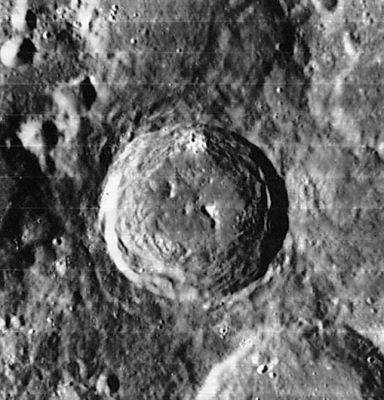 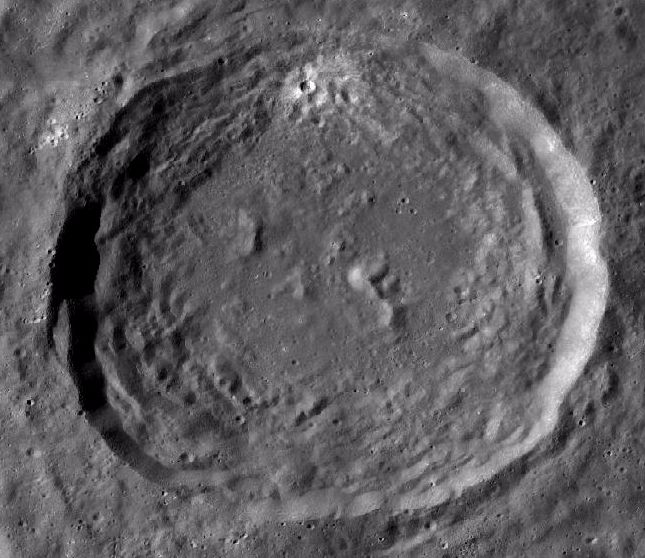 (IAU Directions) WERNER.--A ring-plain, 45 miles in diameter, with a massive rampart crowned by peaks almost as lofty as any on that of Aliacensis, and with terraces fully as conspicuous. It has a magnificent central mountain, 4,500 feet high. At the foot of the N.W. wall Madler observed a small area (Werner D), which he describes as rivalling the central peak of Aristarchus in brilliancy. Webb, however, was unable to confirm this estimate, though he noted it as very bright, and saw a minute black pit and narrow ravine within it. Neison subsequently found that the black pit is a crater-cone. It would perhaps be rash, with our limited knowledge of minute lunar detail, to assert that Madler over-estimated the brightness of this area, which may have been due to a recent deposit round the orifice of the crater-cone.

The hook-shaped tracks of the boulders in Werner D's ejectablanket