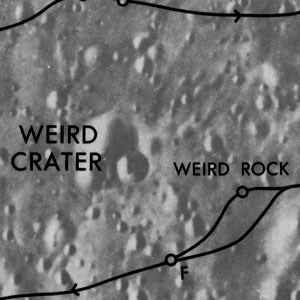 Apollo 14 Site Traverses Chart "Weird" refers to the cluster of two or three craters. The adjacent name "Weird Rock" was not adopted by the IAU.

Post Apollo-era photography of both Weird crater and Weird rock