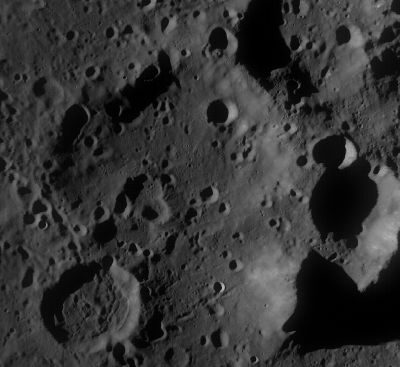 James Craig Watson (January 28, 1838 - November 22, 1880) was a Canadian-American astronomer. He discovered 22 asteroids, beginning with 79 Eurynome in 1863. One of his asteroid discoveries, 139 Juewa was made in Beijing when Watson was there to observe the 1874 transit of Venus. The name Juewa was chosen by Chinese officials. He was a strong believer in the existence of the planet Vulcan, a hypothetical planet closer to the Sun than Mercury, which is now known not to exist (however the existence of small Vulcanoid planetoids remains a possibility). He believed he had seen such two such planets during a July 1878 solar eclipse in Wyoming. 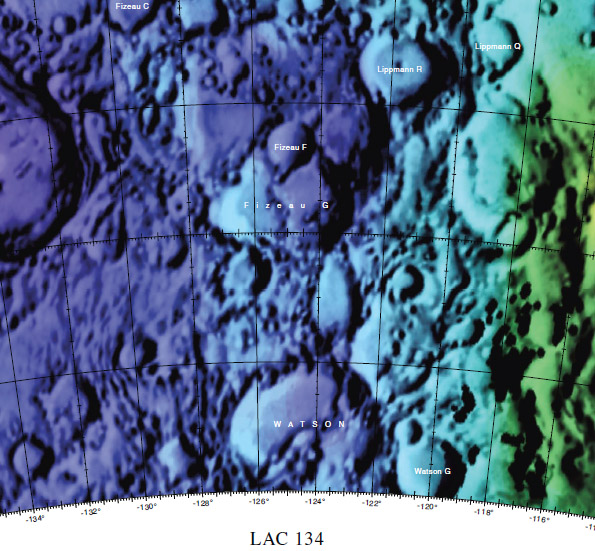 Graphic color-coded LAC No. No.134. Excerpt from the USGS Digital Atlas of the Moon.