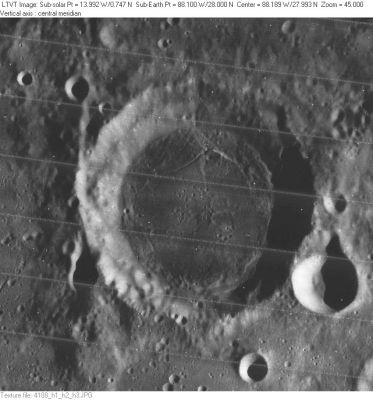 Leonid Aleksandrovich Voskresenskiy (July 14, 1913 - December 15, 1965) was a Soviet rocketry scientist and self-taught engineer that led flight testing of missiles. He exhibited a complete understanding of the missiles he was testing, and was able to diagnose instinctively and correctly the root cause of any problem.


The unnamed (yet pronounced) crater southeast of Voskresenskiy