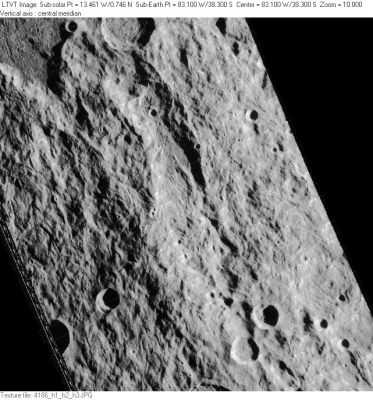 LO-IV-186H Vallis Bouvard is the snake-like form slithering across the center of the image.

(IAU Directions) BOUVARD.--A great irregular enclosure, which appears to be still larger than Lagrange, S.W. of Piazzi, and close to the limb. It is bounded by a very lofty rampart, rising at a peak on the E. to 10,000 feet. It has a fine central mountain.

Bumpy, Lumpy, and Where? (see this LPOD's discussion).