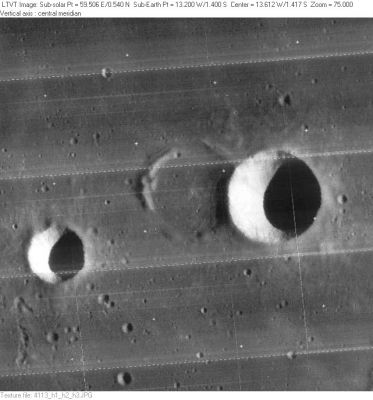 ]
LO-IV-113H Turner is the large shadowed crater on the right. The ghostly ring to its west is unnamed. The 7-km diameter crater near the left margin is Turner F.