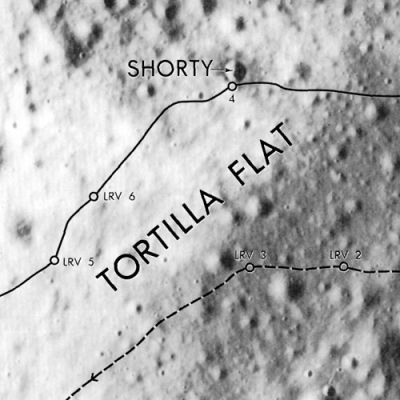 Apollo 17 Site Traverses Chart The dusting of bright material on the left is part of the landing site feature called Light Mantle. The lines indicate the paths followed by the astronauts on their lunar rover. The crater name Shorty is also an IAU-approved name.