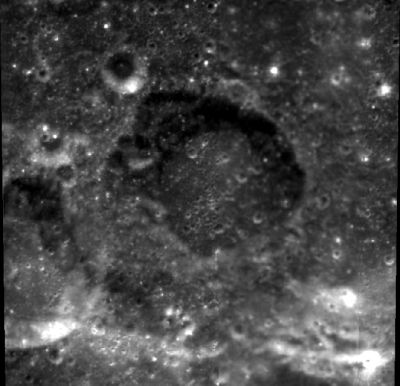 //Clementine//
In the image above, crater Scobee is the central one, with Smith at the frame's left margin (west-southwest of Scobee).

LPOD Photo Gallery Lunar Orbiter Images
Frame 39, made by ZOND 8, shows Smith immediately "above" the grey-white rectangle near the frame's upper right corner. The crater adjacent to Smith (a little bit "above and to the left of it") is Scobee.
Research: Danny Caes

Many Smiths in the Sourcebook Project (William R. Corliss)