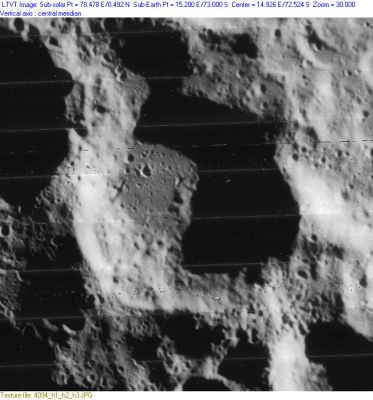 (IAU Directions) SIMPELIUS.--Another grand circumvallation, almost as large as Pentland, but unfortunately much foreshortened. One of its peaks on the W. rises to a height of more than 12,000 feet above the floor, on which there is a small central mountain. Between Simpelius and Pentland are several ring- plains, most of which appear to have been squeezed and deformed into abnormal shapes.