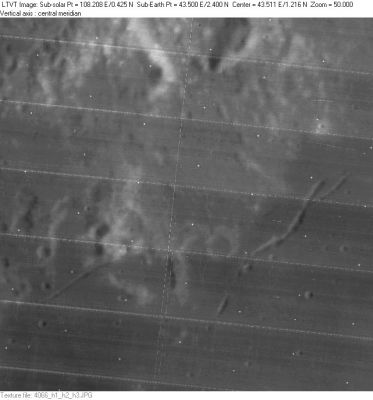 LO-IV-066H The southern part of 22-km Secchi is visible at the top. The IAU name Rimae Secchi applies to the rilles on the right. The separate rille on the left does not seem to be regarded as part of the same system.

Stunning!
US-1 and other Signposts (Apollo 10 landmark nicknames)
Taruntian Travails (Rimae Secchi is near the lower left corner).