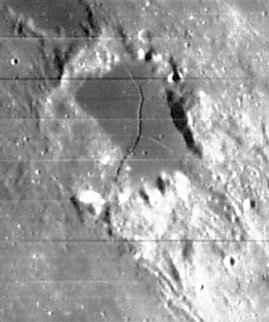 A Russian Masterpiece (Boscovich with Rimae Boscovich on its floor, near the upper margin of the frame).