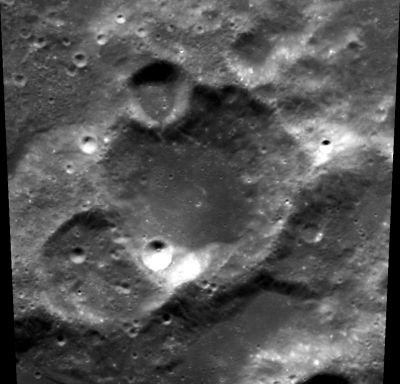 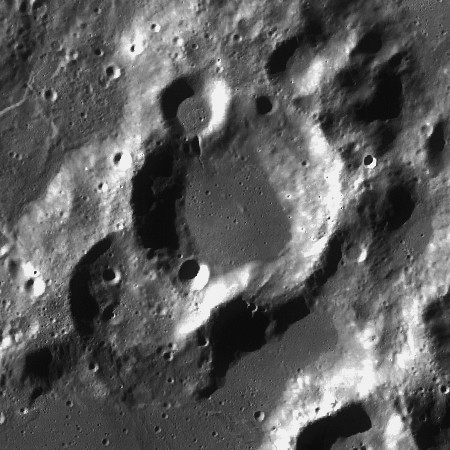 LPOD Photo Gallery Lunar Orbiter Images Apollo Images
Although there's nothing for Priestley in the LPI's list of Lunar Orbiter photographs, this crater was captured on Lunar Orbiter 4's frames LO4-009-h1 and LO4-011-h1. On both photographs, Priestley's location is near the lower margins of the frames.
Research: Danny Caes (thanks to Patricio Leon's discovery of nearby Mons Cassegrain).
WARNING: Priestley is erroneously mentioned as Priestly in the LPI's red-labeled scan of LO4-009-h1.
Discovery of typographical error: Danny Caes