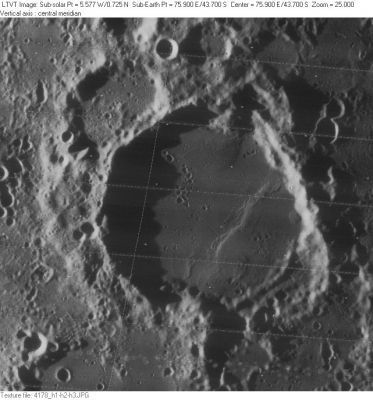 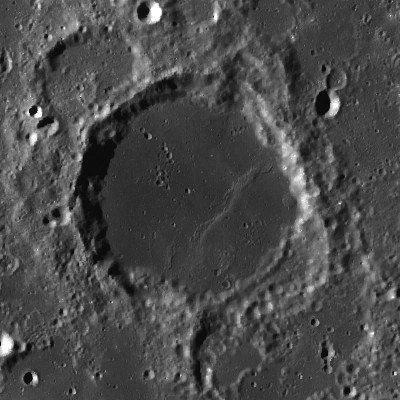 Frame at left: LO-IV-178h. Frame at right: LROC.
The domes at 12 and 3 o´clock positions on Oken floor have not been discovered so far by Chuck Wood, neither the prominent wrinkle ridge by Danny Caes (calls it Dorsum Oken in his alphabetic list of unofficial names for lunar wrinkle ridges, compiled during the winter of 2015 / 2016).

(IAU Directions) OKEN.--A large enclosure in S. lat. 43 deg. with broken irregular walls. It is too near the limb for observation.

Lorenz Oken (Okenfuss) (August 1, 1779 – August 11, 1851), was a German biologist, physiologist and naturalist. Oken's lectures were wide-ranging, and were highly regarded at the time. The subjects included natural philosophy, general natural history, zoology, comparative anatomy, the physiology of man, of animals and of plants.
Dorsum Oken is an unofficial name from D.Caes for the wrinkle ridge on the floor of Oken (thus named since 2015).

Way Beyond the Limb