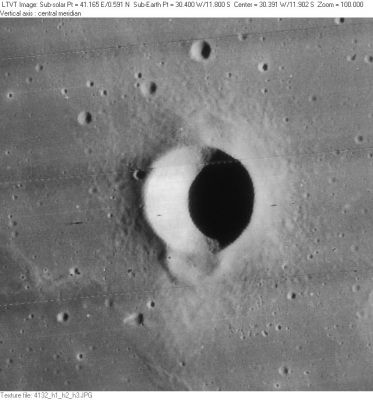 LO-IV-132H
Note the shallow half crater at the southern part of Norman's rim. The same kind of appearance (a half crater) is noticeable in Mare Tranquillitatis, at crater Sinas.

A much larger crater surrounding Norman?