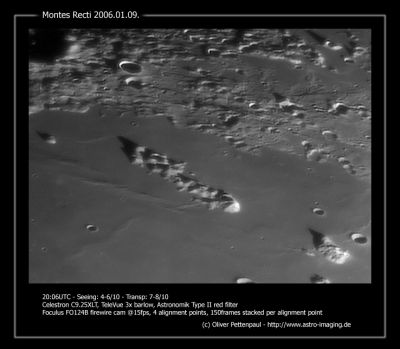 (IAU Directions) THE STRAIGHT RANGE.--To the west of The Teneriffe Mountains lies another group of a very similar character, called the The Straight Range from its linear regularity. It extends from east to west for a distance of about 60 miles, being a few miles shorter than the last, and includes a peak of 6,000 feet.