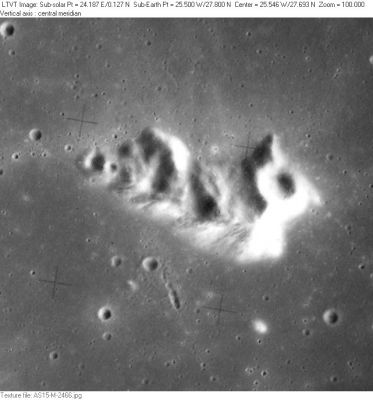 Apollo 15; AS15-M-2466 This view shows the structure of Mons La Hire with a relatively high sun. It is typically photographed when the sun angle is lower and the peaks cast long shadows onto the surrounding Mare Imbrium.