This page follows along the same aims in that of the original Miscellany series Miscellany1, Miscellany 2 and Miscellany 3 -- that is, to include occasional images from LPOD that have been annotated to aid in discussions.

Left: Maurice Collins's relief map of Nearside combining LTVT and LOLA 64 DEM data (South is bottom, East is to left). Right: Selene/Kaguya Grav/Topo map (~38 Mb) as overlay to give some idea of heights involved (see scale). In reference to LPOD April 25 2010 - back to (Discussion link). 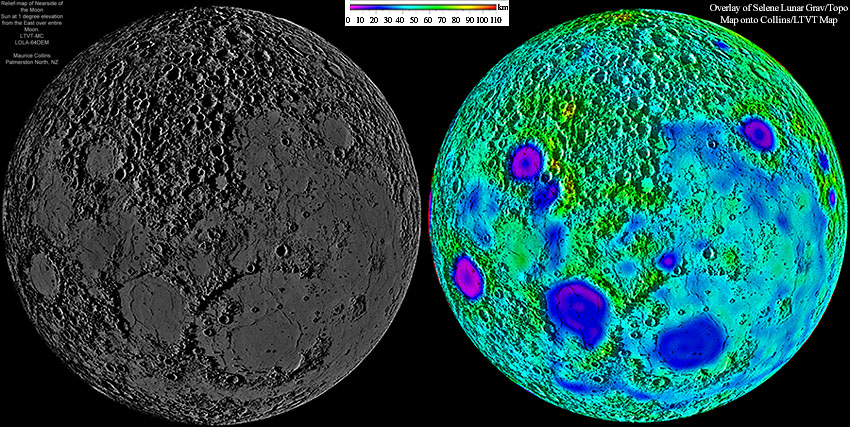 To which of the mare-ring formations is responsible for the massif (as noted by Chuck Wood) just west of La Pérouse? In reference to LPOD 1 July 2010. 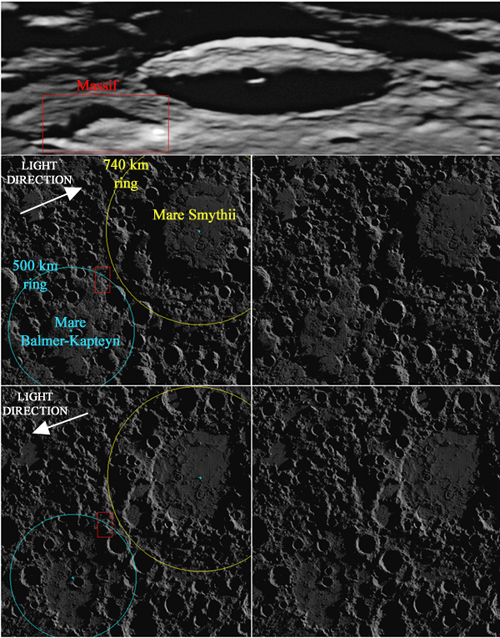