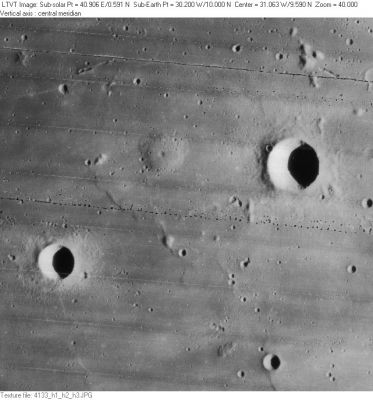 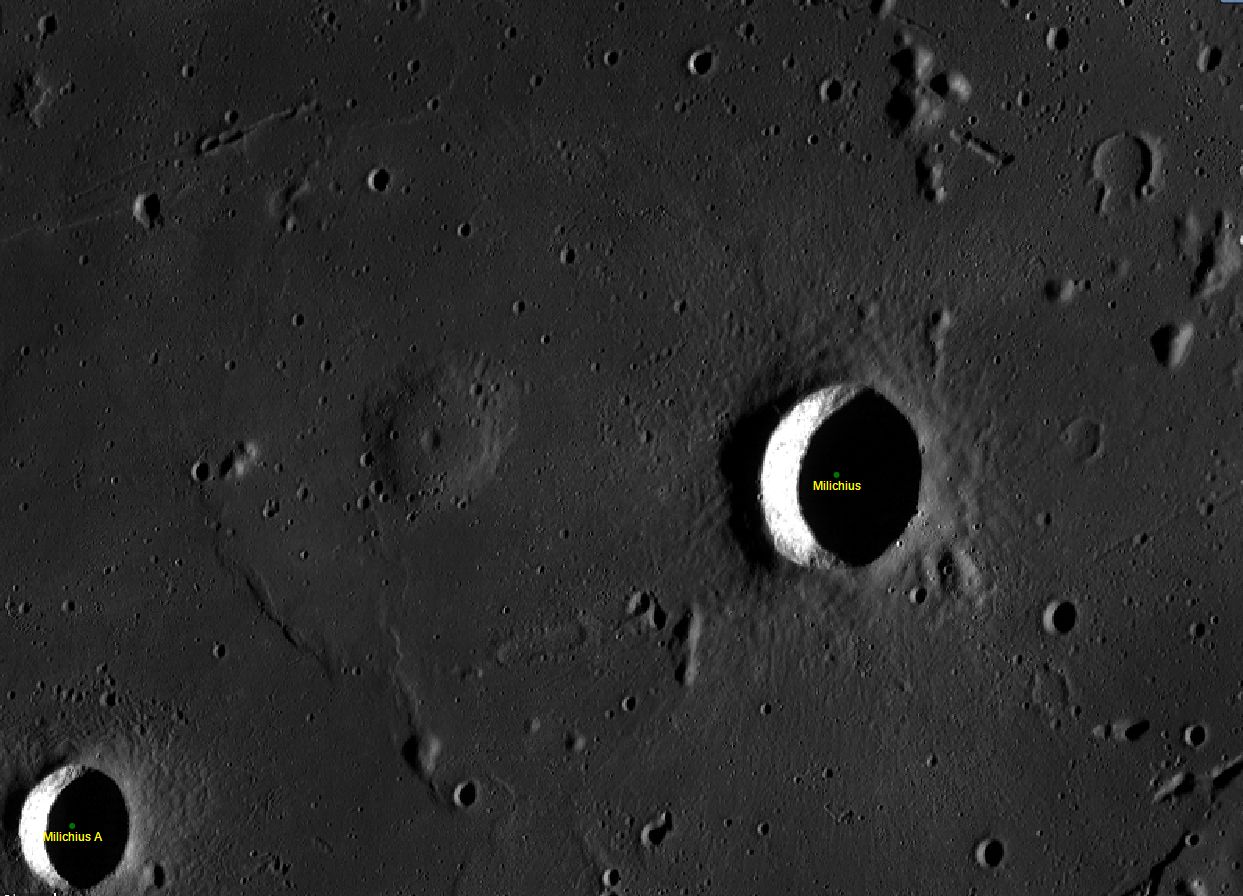 LO-IV-133H (Up) Milichius is the circular crater to the right of center. The 9-km diameter crater on the left is Milichius A, and the 4-km crater near the bottom is Milichius K. Neither the prominent dome to the west of Milichius, nor the less obvious one to its northwest, both of which have what appear to be volcanic caldera at their summits, have official IAU names, although the more prominent one was formerly known as Milichius Pi. (Bottom) A LRO version!

(IAU Directions) MILICHIUS.--Is situated on the N.N.W. of Hortensius. It is fully as bright, but rather smaller. Its floor, apparently devoid of detail, is considerably depressed below the surrounding surface.