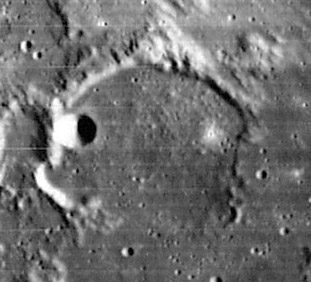 Heinrich Eduard von Lade (February 24, 1817 – August 7, 1904) was a German banker and amateur astronomer. He built an observatory on his estate to pursue his interest in selenography, or mapping the Moon. He commissioned the construction of a lunar globe with one side in physical relief and the other with hashed relief and the crater names. This globe is now a very rare collector's item.