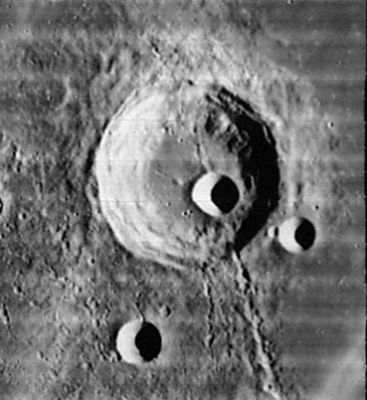 (IAU Directions) KRAFFT.--A very similar object on the N., of about the same dimensions; with a central peak, and a large crater on the dark floor abutting on the S.E. wall, and another of about half the size on the outer side of the E. border. From this crater a very remarkable cleft runs to the N. wall of Cardanus: it is bordered on either side by a bright bank, and cuts through the N.E. border of the latter formation. It is best seen when the W. wall of Cardanus is on the morning terminator.