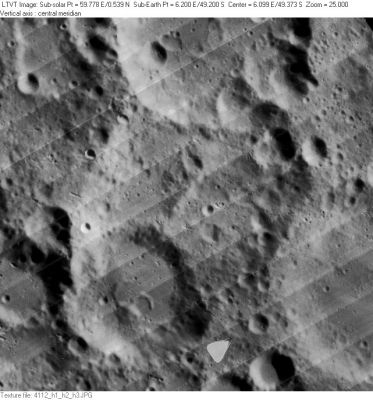 LO-IV-112H Heraclitus is in the center. Above it is the southern half of 74-km Licetus. In the southwest, Heraclitus is overlain by 52-km Heraclitus D, and partially visible in the lower right is 75-km Cuvier. Many of the smaller features in this view are named as lettered craters.