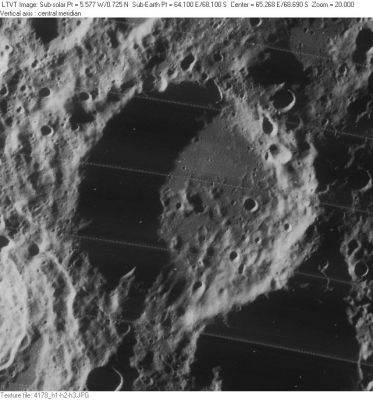 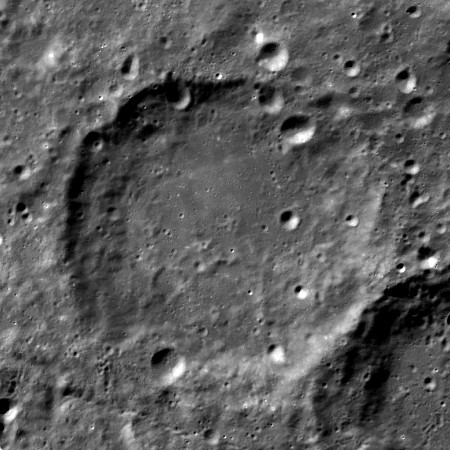 LPOD Photo Gallery Lunar Orbiter Images Apollo Images
An officially unnamed mountain at the northern part of Helmholtz F's rim is unofficially known as Mons Caes. This solitary mountain-like hill, located at 63°30' South/ 60° East, between craters Helmholtz, Hagecius, Pontécoulant, and Gill, is noticeable about "halfway" between the centre and the upper-left corner of Lunar Orbiter 4's oblique photograph LOIV-184-h3, and also on LOIV-178-h3 (about "halfway" between its centre and upper-right corner). There's also a close-up of it near the lower-left corner of vertical photograph LOIV-044-h3.
Research: Danny Caes

Hermann Ludwig Ferdinand von Helmholtz (August 31, 1821 – September 8, 1894) was a German physician and physicist. In the words of the 1911 Britannica, "his life from first to last was one of devotion to science, and he must be accounted, on intellectual grounds, as one of the foremost men of the 19th century."