Greaves (in the southwestern part of Mare Crisium) 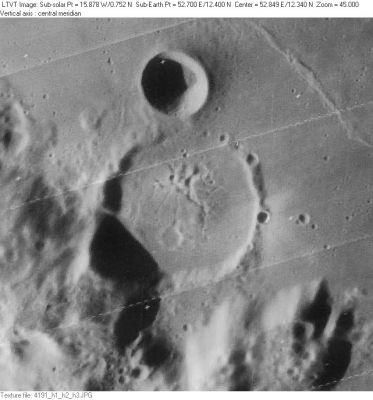 LO-IV-191H Greaves is the bowl-shaped crater at the top of the frame, with the large ghostly ring of Lick south of it. Ruined 23-km Lick A is partially visible just below Lick. The wrinkle-ridge in the upper right is not part of any named system.