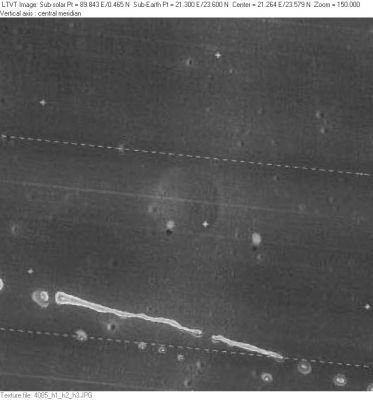 ]
LO-IV-085H Finsch is the shallow depression faintly visible in the center.