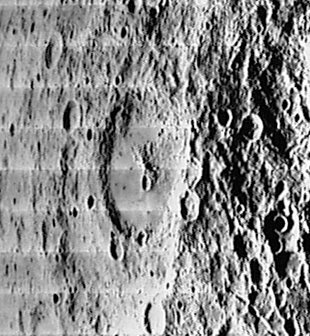 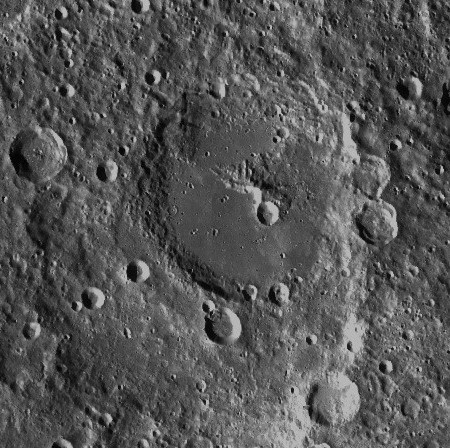 left: LOV-181-M . right: LROC . Fabry at center, Vashakidze at left margin. Note the crescent of ancient crater Harkhebi on lower half of image

LPOD Photo Gallery Lunar Orbiter Images Apollo Images
- Fabry was also photographed during the mission of Apollo 16, on color-Hasselblad film, such as frame AS16-121-19445. In this frame, Fabry's location is a little bit to the left of centre.
- See also AS16-M-3007, which is one of Apollo 16's Fairchild-camera photographs made during Trans Earth Coast (TEC). In this frame, Fabry is noticeable near the lower part of the right margin.
- Research Apollo 16 photography: Danny Caes

Maurice Paul Auguste Charles Fabry (11 June 1867 – 9 July 1945) was a French physicist. He and Henri Buisson discovered the ozone layer in 1913. In optics, he discovered an explanation for the phenomenon of interference fringes. Together with his colleague Alfred Pérot he invented the Fabry-Perot interferometer.