Left: Lunar Orbiter V-030H Engel'gardt is in the center with a part of Engel'gardt B visible in the upper right. The highest point on the Moon detected by the Kaguya laser altimeter is on the rim between the two. Middle: Clementine. Right: Color-coded topography LAC 69 image from USGS Digital Atlas. 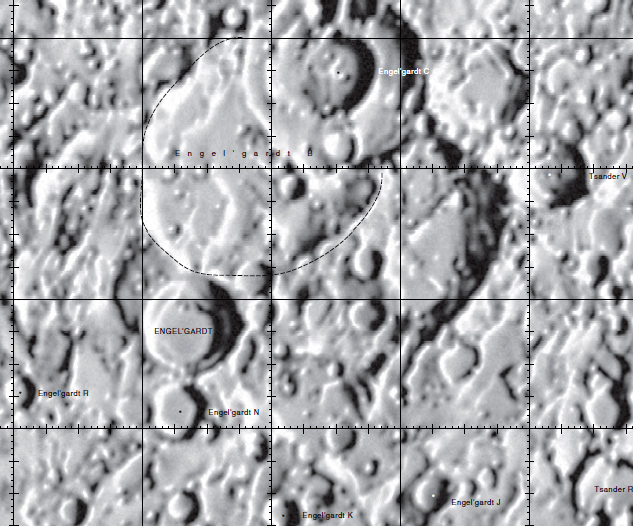 Highest Point on the Moon!.