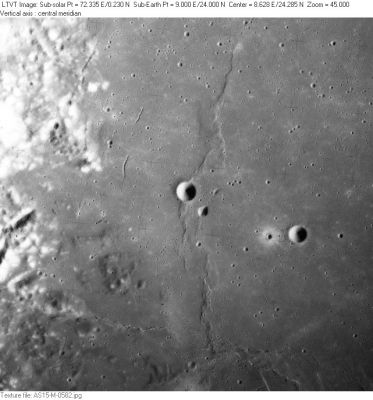 AS15-M-0582 Dorsum Gast runs north-south through 4-km Aratus D (at center) in this view of the western shore of Mare Serenitatis. At its southern end, Dorsum Gast merges with the east-west oriented Dorsum Buckland. The 4-km crater to the southeast of Aratus D is Aratus C. None of the other craters are named.