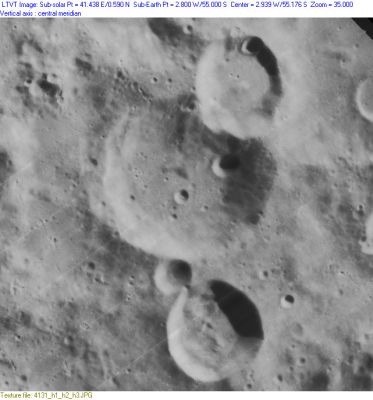 (IAU Directions) DELUC.--The largest and most prominent member of a curious group of ring- plains on the S.E. of Maginus. It is about 28 miles in diameter, and is encircled by a wall some 7,000 feet above the interior, which includes a crater. A large ring with a central mountain encroaches on the N. wall, and a smaller object of the same class on the S. wall.