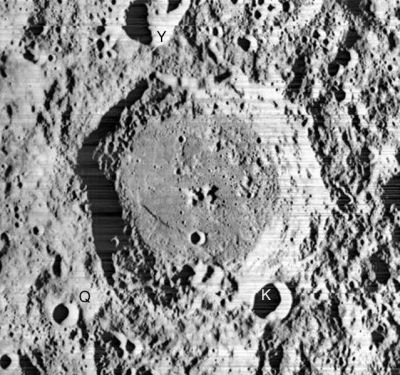 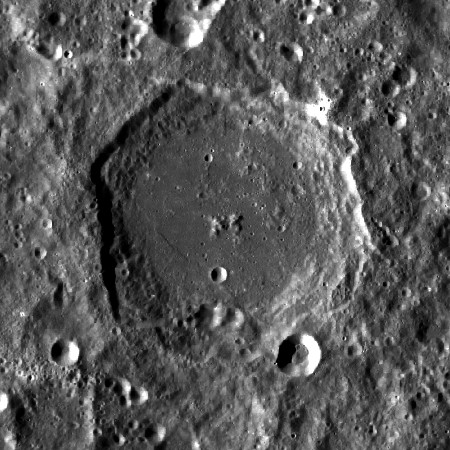 LPOD Photo Gallery Lunar Orbiter Images Apollo Images
AS13-62-8909 shows Chaplygin' between Apollo 13's Command Module Odyssey (right) and one of LM Aquariuss antennae (left). Schliemann is the crater below centre. Although Apollo 13 was the most troubled mission of Project Apollo's nine lunar flights, its crew made some spectacular orbital Hasselblad photographs of the moon's cratered Far-Side surface! Image AS13-62-8909 is one of them.
Research: Danny Caes