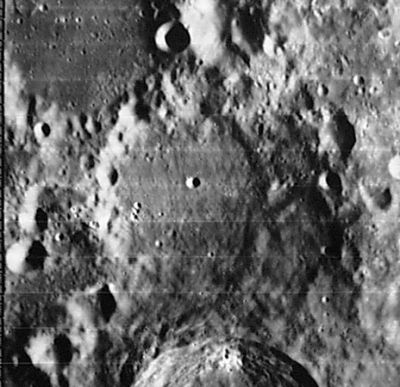 (IAU Directions) BLANCHINUS.--A large walled-plain on the E. of Purbach and abutting on the S. side of LACAILLE. It much resembles Purbach in shape, but has lower walls. Schmidt shows a crater on the N. side of the floor, which I have seen, and a number of parallel ridges which have not been noted, probably because they are only visible under very oblique light.

The rim of Blanchinus is part of the Lunar X (which is a well-known telescopic clair-obscur phenomenon for observers of the First Quarter Moon).