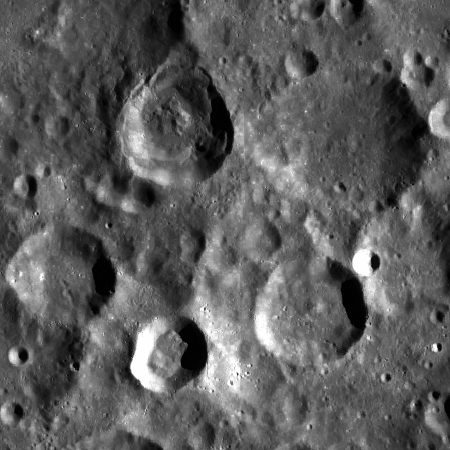 left: LROC Amici at upper right, upper left satellite T; below from left to right satellites R, P and M
Right: USGS Digital Atlas - Color-coded LAC 86. Situated not very far from the northern rim of the South Pole Aitken Basin, Amici lies in very rugged terrain. A slight peak-like shadow in the central region can be seen in the left image above, but like the crater itself, overall degradation of the crater and possible peak has occcured.