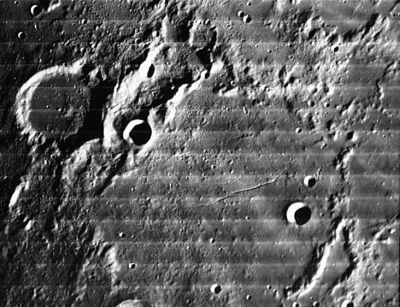 LOIV 116 H2
Note the rille on the floor of W.Bond! (see Additional Information below).

(IAU Directions) W.C. BOND.--A great enclosed plain of rhomboidal shape on the N. of Archytas, the bright ring-plain Timaeus standing near its W. corner, and another conspicuous but much smaller enclosure with a smaller crater E. of it on the floor at the opposite angle. The interior, which is covered with rows of hillocks, is very noteworthy at sunrise.