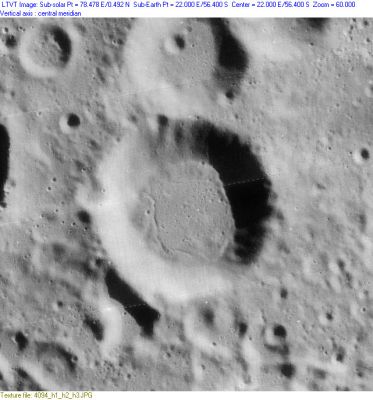 (IAU Directions) TANNERUS.--A ring-plain, about 19 miles in diameter, between Mutus and Bacon. It has a central mountain.

- Adam Tanner (in Latin, Tannerus) (April 14, 1572 – May 25, 1632) was an Austrian Jesuit professor of mathematics and philosophy.
- Rima Tannerus and Rimae Tannerus are two unofficial names from an (almost daily) explorer of the moon's surface for the rille (or the system of rilles) on the floor of Tannerus.